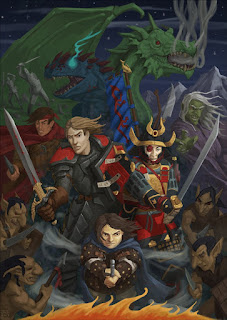 I never thought I would like Dungeons & Dragons. I thought it was just kids playing make-believe and making up rules to go with (or against) the made-up rules of their dungeon master to get through their made-up dungeon with made-up characters with made-up abilities that they made up as they went.

“Oh, well my character can fly.”

“The dragon attacks you.”

“I turn the dragon into a kitten with my Spell of Turning Dragons into Kittens.”

The dragon is defeated, and laughter ensues. It’s not a normal game, but people are having fun and that’s cool and all, but it’s not really a game, and it’s not for me.

That’s what I thought Dungeons & Dragons was.

You can tell I never gave it much thought, only some assumptions based on a few seconds of overhearing a game at a game store, combined with some other assumptions, likely from a movie or show making fun of the game and the people who play it.

Or if it’s about story, I want it to be deep and layered, and how can you have that when someone is just making it up as they go?

And don’t get me started on “role-playing”. I’m not going to pretend to be an elf with my friends. I’m not comfortable with that, and that’s kind of lame.

Well, I was wrong. There is plenty of structure. There’s as much structure as you want to use. You could play a campaign in the third person, like a “choose your own adventure” game, with your choices forking your path and leading you inevitably to the boss at the end. 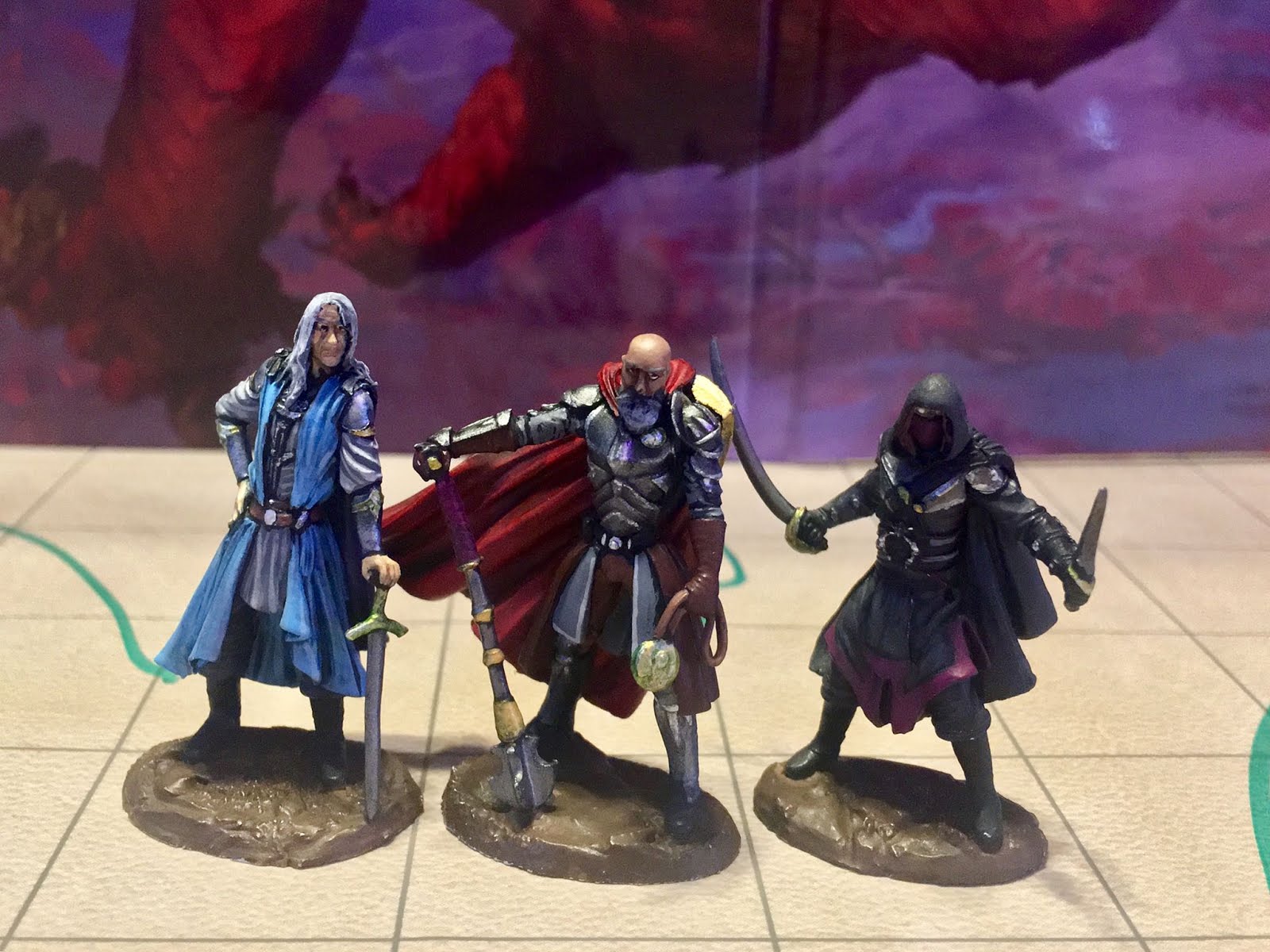 The combat rules are clear, and there are hard and fast RULES. The stories are pre-written, and if you’ve got great DM’s like me, they’re ultra-prepared and expanding upon the written stories, weaving in your past characters from past campaigns into an ever-expanding lore that you and your friends created. But you didn’t just sit there making it up. You lived it, so it’s got characters in it that you can 100% empathize with because you made every decision they made and spoke every word they spoke.

The amount that you will role-play is governed by your desire to role-play (and of course the discretion of your fellow players). You could find or form a group that never speaks in character, only saying what their character “would do”. You could try to optimize all of your decisions and not really have a “character” so much as “this is me beating the game as best I can”. And that’s okay.

Dungeons and Dragons is, as cheesy as it sounds, what you and your gaming partners make it. You can play it loose and turn into a boat if you want. There aren’t rules for that, but if everyone is on the same page, you don’t have to follow the rules.

But for people like me, there ARE rules. You CAN feel accomplished after taking down a big bad boss, because you don’t ACTUALLY turn dragons into kittens. You fight them with your spells and abilities that you chose and earned along the way.

But this is all stuff people could have explained to me. I would have still said “Yeah, but I don’t want to role-play”.

I’m lucky enough to have friends who knew me and knew that I’d think role-playing was kind of weird and uncomfortable. After convincing me to give the game a shot, they chose a module that was very dungeon-heavy and role-playing-light. It was perfect for me. I helped make some decisions, using my normal day-to-day voice for a character that was conveniently similar to me (unbelievably likeable). I loved the mechanics and, hey, role-playing wasn’t so bad. It was just saying what I thought my character would say.

I’ve gradually, over the last year that I’ve been playing Dungeons & Dragons once per week, tried to make characters LESS like myself, spreading my wings a bit and opening up to the idea of more involved role-playing, and caring just a little bit less about mechanics.

And I think that’s the beauty of it. How you play molds how the game plays. Do you get caught up in a 20 minute conversation with a blacksmith? Then you’re going to be doing a lot of role-playing. Do you get straight to the point and ask where to find x, so you can get to the bottom of y and eventually fight z? Then your game will be mostly combat and chucking dice.

I think if past me had known that, and perhaps if more people knew that, D&D wouldn’t be perceived as this insane thing where you have to immediately become an over-the-top Bard speaking in Old English. You can just be yourself or something similar to it, get comfortable with the game, find out what you like about it, and mold your experience to fit it.

So here I am, One year in, having pretty much all of my best gaming memories come from Dungeons and Dragons. Who would have thought?