TIAMAT AKA Mal'Drakar by Reaper 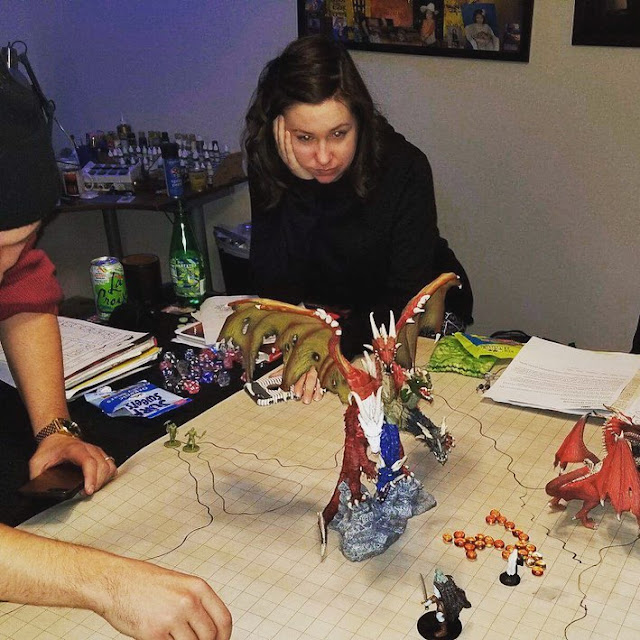 We wrapped up our Rise of Tiamat campaign on a spectacular note: a massive battle with a weakened avatar of Tiamat at the Well of Dragons. I worked on the miniature for weeks before unveiling it, and when that massive chunk of demon queen glory hit the table, the players knew they were in for a fight!

Our friend Jeff snapped a picture of my wife with this look of despair, and for 15 minutes or so, she was internet famous. I had people I barely knew who saw this post on Reddit asking me about it; quite hilarious!

The miniature itself is absolutely spectacular. For those wondering it's the Mal'Drakar by Reaper and the mini isn't cheap! However, I had a friend who was not interested in painting his, so we made a deal: He would buy me a "miniature" (Should this be called a "megature"?) if I would paint his. I decided painting two of the same model isn't too much extra work, so agreed. 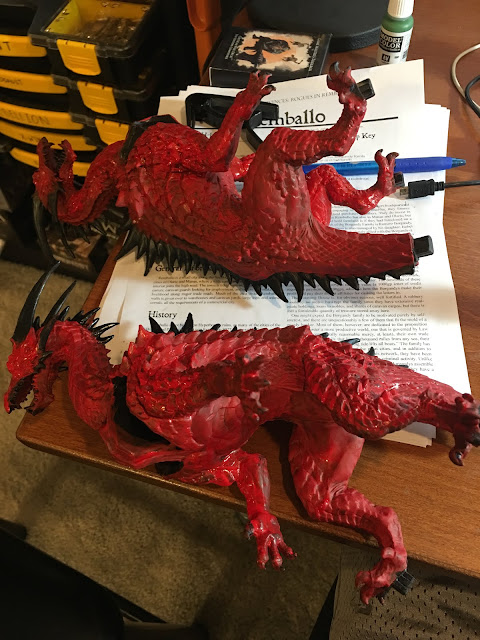 The model is about the size of a small chicken. Hence, these tiamats became my dragon chickens. It was a bit difficult to keep the model secret from the players, plus I'm so bad at secrets. I think everyone at least suspected it was coming, though I think everyone was surprised at the end result! 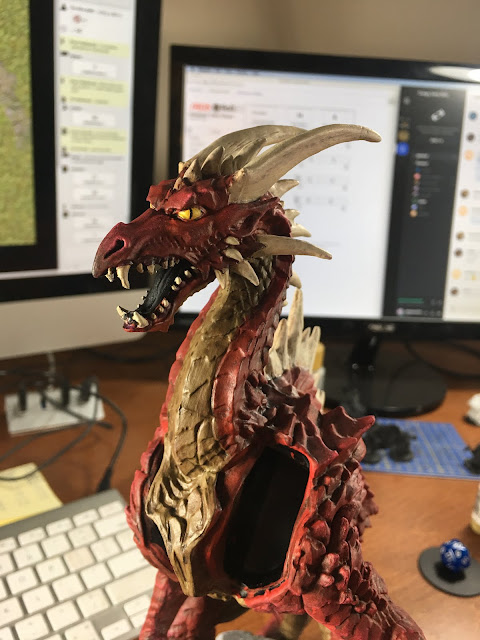 I was very much trying to balance "getting it done" vs "looking awesome", and I think I struck a reasonable balance. I received some criticism on the Reddit post for 100% absolutely forcing my players to face her Avatar. That is true. I would be damned if I spent this much effort to not have it hit the table! HOWEVER, I heavily modified the mechanics of her Avatar to make the fight doable- I allowed the players to obtain two of the masks throughout the adventure which severely weakened her (in the book, all of those victories are snatched from the players). Further, I let them disrupt the summoning ritual and had a mechanic which would take abilities away based on which round and which group of wizards they defeated. In the end, she lost 2 legendary actions, lost regeneration, and two of her heads were withered and weak. 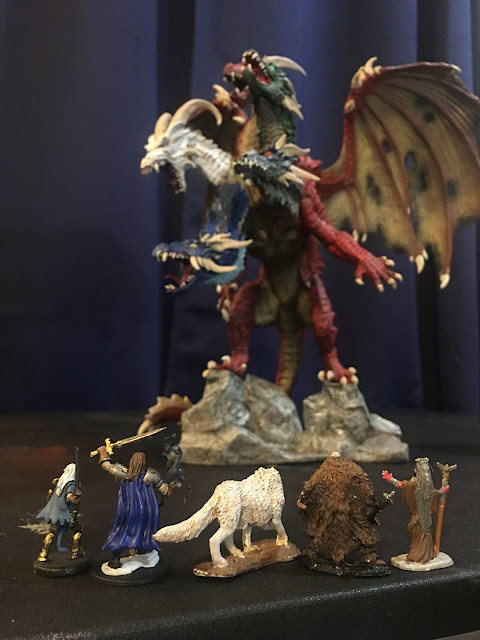 It was clear this was simply a projection of her might onto the material plane, but it was still an uphill fight that cost the life of one of the player characters. The team managed to defeat her, but a few dice difference could've spelled their doom. It was a suitably epic, pinnacle battle to a fun campaign! 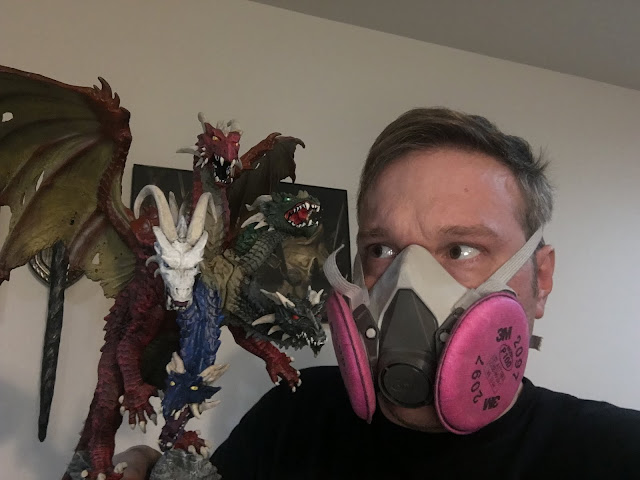 Crunch time, the week before the final battle. I broke out the airbrush to tie it all together and bring this thing to a conclusion. 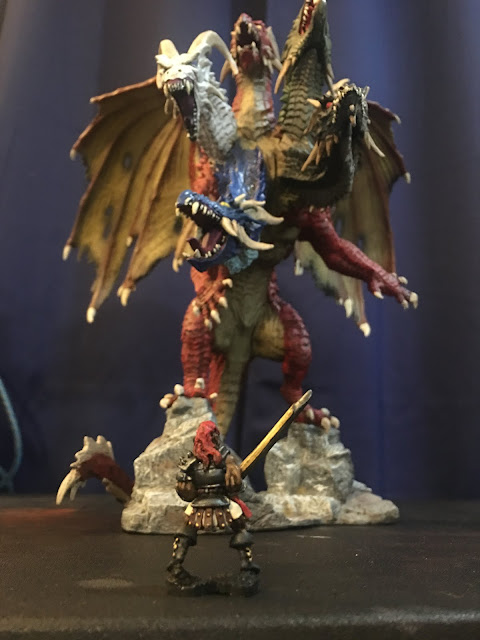 This model is big. Its very, very big. 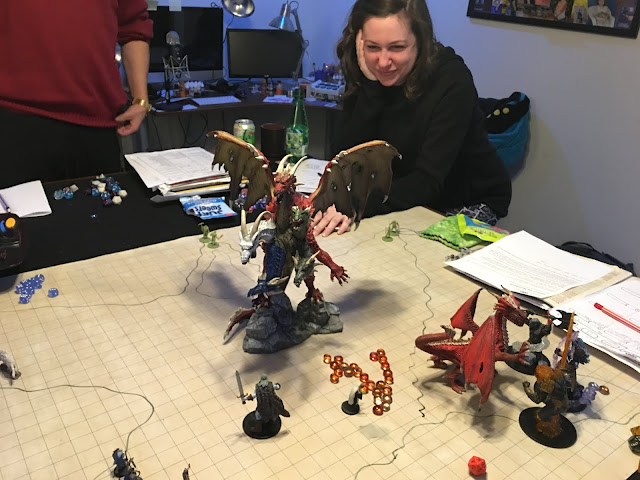 There was much speculation about the first picture here, particularly on whether or not it was a bored face. I can assure you, it was a "Oh my God, we're all dead" face, but everyone had a blast with the final fight against the Dragon Queen! Well worth the effort of painting.