Portrait of a Party: Princes of the Apocalypse 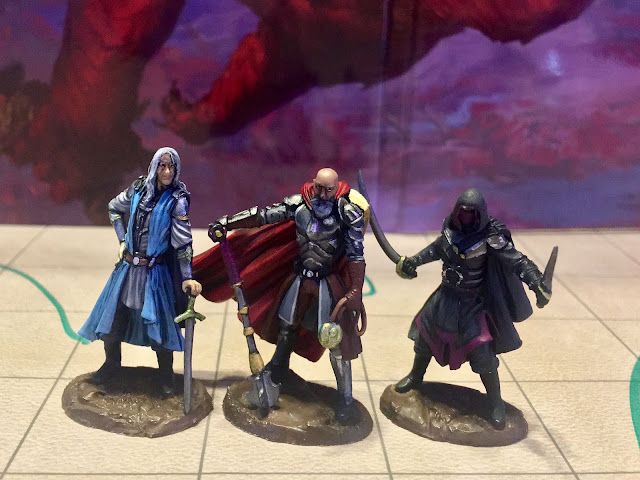 The gentlemen depicted above are the current party we are using for our Princes of the Apocalypse campaign. Sean (of Caecilius Ras fame from our Curse of Strahd campaign) caught the DM bug, and after a successful two-parter (if you can call mercilessly murdering the player characters at the end successful) he decided to dive in on a full fledged campaign.

All three miniatures are by Dark Sword Miniatures. At roughly twice the price of your standard Reaper mini (my usual go to), these probably aren't suitable for bulking out your collection... but for splurging on a Player Character, they are, in my opinion, second to none.

On the left, representing the Valor Bard Broderick Reinwald is the Balon Greyjoy figure from their George R.R Martin Masterworks line. What a perfect mini! The figure really captured the character of Broderick, and painting the model was an absolute joy. As with all of the Dark Sword minis I've put together, they do have very tiny connection points and so they may be a bit more brittle than chunkier miniatures. I need to take extra care when storing them, but wow, what fun to paint!

In the center is the Cleric of Tempus Henrick Roughsworn is Dark Sword's Male Cleric with Mace figure- another absolute joy! Just look at that heroic pose! My goodness. Henrick cares little for ritual and congregation; instead exerting Tempus' will through action and deed. I gave the symbol of Tempus a shot on his shield- freehand is definitely not my strong suit! 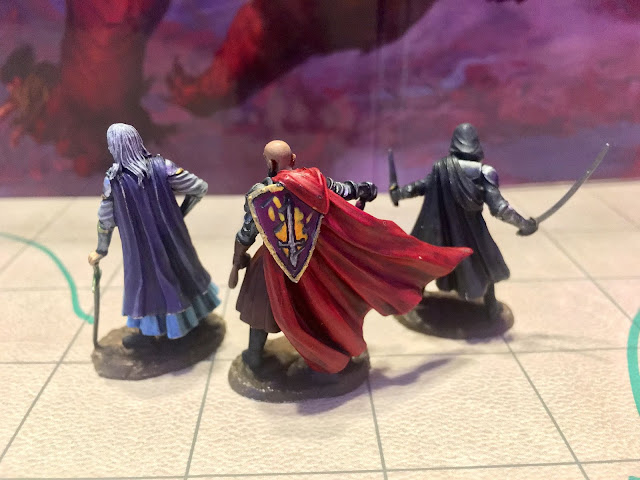 Finally, on the right, we have Naas Blackhand, edgelord Hooded Assassin. And again, what a gorgeous miniature! (Also, I seem to have misplaced the scabbards... oops!). Naas escaped a brutal assassin's guild by killing his former master, and now has to watch his back everywhere he goes lest suffer a similar fate.

Needless to say, these figures get high marks from me; but as I said I would likely only purchase them regularly for player characters or incredibly important NPCs.

miniatures Princes of the Apocalypse