By Steven - March 02, 2018
DM Notes
The party continues on the road towards Vallaki. The road snakes around a mountainside, and a sprawling valley becomes visible below and to the west. There they see a deep, misty valley filled with pine trees and a large lake. As they travel, they reach a T-intersection, with a road heading east and up the Pillar Stone directly to Castle Ravenloft. The road leading to the castle is partially paved with cobblestones as if it was once well used, but like all of Barovia, has now fallen into despair.

The party veers North-West along the road, and soon come to a second set of massive gates. As they approach, they can hear voices on the other side; and a shrill scream. They rush to investigate to find 6 men in red robes surrounding a young woman; maybe 13. The men have daggers drawn, and the party intervenes. They explain that this sacrifice is necessary, and lady Wachter has assured them that it will please Strahd. They talk briefly about the Burgomeister of Vallaki before violence ensues. The cultists are easily cut down, and the young woman rescued. 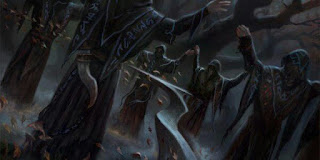 She introduces herself as Ursula, and asks the party if they would protect her on her way to her Uncle’s farm, just west of Vallaki. The party agrees, and Ireena takes up guardianship of the girl.

As they continue West, The Old Svalich Road transitions from being a winding path through the Balinok Mountains to a lazy trail that hugs the mountainside as it descends into the fog-filled valley. In the heart of the valley the party finally sees a walled town near the shores of a great mountain lake, its waters dark and still. A branch in the road leads west to a promontory, atop which is perched a dilapidated stone windmill, its warped wooden vanes stripped bare. 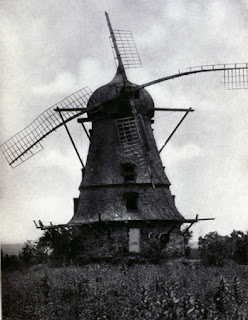 The onion-domed edifice leans forward and to one side, as though trying to turn away from the stormy gray sky. The building is marred by gray brick walls and dirt-covered windows on the upper floors. A decrepit wooden platform encircles the windmill above a flimsy doorway leading to the building’s interior. Propped near the entrance, is a familiar site: The handcart from the moonpie peddler the party encountered in Barovia Village.

After an intense debate about whether or not to approach the mill, the party decides to confront the evil despite pleas from Ireena not to end up in the procession of ghosts. The party approaches the mill, and a Raven perched atop a beam seems agitated and squawks at them.

The woman from Vallaki appears in the doorway. “Well, hello there. Have you returned for more pies?”. Driessa replies that they’ve only come to visit. The woman then calls her two daughters: Offalia and Bella. The two women are horribly ugly, and seem to lick their lips at the sight of the party. “Have they come to visit us mother?” one creaks at the woman, to which she calmly replies, “Indeed they have, daughter mine”.

The party, not knowing there were three, quickly decide they should not be there and attempt to talk their way out of it, but the women aren’t willing to let them off without Driessa having a taste of one of the pies. As the tension escalates, Vrice senses a coming attack and pre-emptively attacks one of the daughters. As he does he looks back at the team with desperation in his eyes and yells at them to run. The “mother” transforms into a hideous hag, and the three tear into Caecilius and Vrice. Caecilius has a horrifying vision of a Red Dragonborn who mocks him, while Vrice has claws from the now transformed sisters tearing into him. 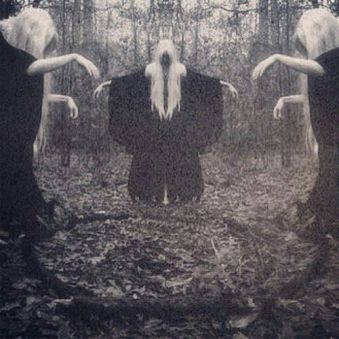 As Vrice falls to the ground, Driessa calls for Caecilius to join them, and he is able to fall back. Behind him, the hideous creatures begin laughing maniacally as they tear Vrice to shreds.

The party retreats back to Ireena and Ursula, their hearts heavy. Ireena comments that Vrice was a good man. Brave to the end. The party continues on, and arrives at Vallaki where they find a dozen wolf heads on stakes just outside the front gate. The town is surrounded by a 12 foot high wooden palisade, and may offer some sanctuary against the evils of Barovia.
Curse of Strahd