By Steven - March 08, 2018
From the Journal of Vrice Kilcannon
I had the first good night of sleep last night in the same place where we killed a vampire spawn, probably one of Strahd’s creation. It seems that there is some good in this world after all and it does my heart good. That is even after seeing the procession of dead that we witnessed the night before. Apparently, if we die here our souls cannot travel on. Now, normally this would concern me but I worship Kelemvor, Lord of the Dead, and I am sure his power over the dead is greater than any pathetic vampire. I will laugh in the face of Strahd if I die when Kelemvor shows him true power.

The next day we start off on our journey to escort Ireena to the Abbey at Krezk. Along the way a mist appears in the road and a swarm of wolves attack us seemingly under the control of a dark shape in the mist with an intricate cane in its hands. Is this Strahd, have we already gained his attention? If so our task has just become much harder sooner than I expected. The fight is desperate and I am taken down by wolves no less than 5 times but my companions are powerful and each of them is able to revive me to continue fighting.

As we make our way through the countryside I look at each of my companions and gauge their strengths and try and muddle through how to best utilize our combined skills. Caecillius is undoubtedly a powerful warrior and seems to have the grace of his god but I fear his temper and recklessness is a liability. Looking at Ava my eyes tear up a bit as I look at this once frail creature whose power is growing daily and I wonder if she will be lost to it. Either way I will never doubt her resolve or her power. Driessa....this one is an enigma to me. She seems to be graced by the powers of light but there is something dark underneath. Maybe she is more scarred by her past then she will admit. Either way I cannot doubt her powers and I respect her willingness to drive these evils from this land. I think we might have a chance but we need to work as one and not be divided. 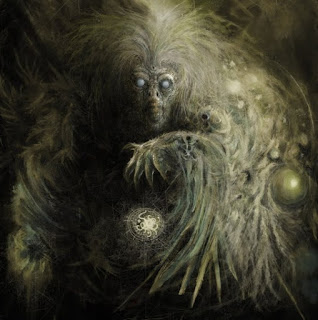 My thoughts are interrupted as we hear screams of a woman up ahead. A trap, probably, we will help, of course. As we take a bend in the road we see a band of cultists trying to sacrifice a young girl. Without a word we all engage the cultists who claim to be protecting the people of Vallaki from Strahd with this sacrifice. None of us are having it and we put down the cultists without much trouble. The girl, no more than 12 or 13, thanks us and we agree to take her to her uncle’s farm on the outskirts of Vallaki. Ireena is opposed to any delay and I am getting very tired of her selfish attitude. We are going to help anyone and everyone we can in these lands, to the nine hells with her.

As we continue West we see an old decrepit windmill and a rickety old cart outside that belongs to the creature we saw selling moonpies in the Village of Barovia. Caecillius saw the hag in her true form and stated she was some creature of darkness. We stop to discuss destroying this creature and Ireena, again, vehemently argues against it, saying it is foolish and dangerous. I have had enough of her and I tell her unlike the sheep of these lands we will not stand idly by and allow evil creatures to prey upon the weak. She continues to argue against me and I tell her she would not be alive if we had not done the same for her. She finally acquiesced and with some deliberation of our own we all finally agree to confront and destroy the creature. 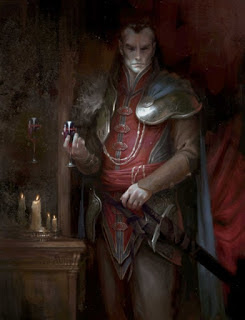 As we approach the windmill we are met with the warning caws of hundreds of Ravens on the
windmill. I ignore this warning, to my folley. The door suddenly opens to the mill and we are greeted by the hag and I tap into my training as a monster hunter and see her for what she truly is, a fiend. I give Caecillius a knowing glance and suddenly she calls out 2 more of her kind, she calls them her daughters. I realize what we are up against and that I may have ushered in our deaths. The thought of dying scares me less than the fact that Ireena, that bitch, was right. They try and force one of their meat pies on us and I attack, knowing that I am going to die. As I attack I yell at the group to run as I try and hold off the creatures long for them to escape. At least I wont have to see Ireena’s smug face. As the hags tear at my insides and I am dying I look back to see my companions fleeing to safety and I laugh at the creatures knowing that Kelemvor will usher me on to the next realm.

As I am standing before Kelemvor, I can see the Crystal Spire behind him and I am at ease. Then suddenly a black cloaked figure with a cane grabs my arm and pulls me back, saying that he is not done playing with me. In terror I see shock in my god's eyes as I am torn from him and back to Barovia. As I wake up in a field of grass I can only assume that Strahd is laughing at me, expecting me to break but all he has done is steeled me against despair and given me a purpose like I have never had. I look up and say quietly to myself "I'll make him regret giving me a second chance".
As I make my way to find my companions I decide not to tell them all that has happened to me, especially Ava. I push the thought to the back of my mind that even a god as powerful as Kelemvor can't extend all of his power here. It is very humbling, but it also gives me an idea.
Journal by Jeff
Curse of Strahd In Character