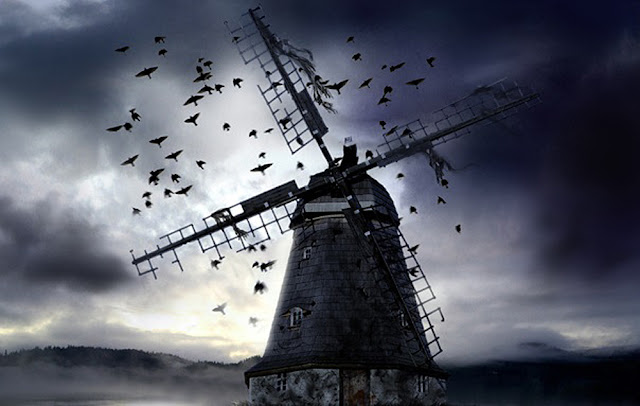 Barovia is an unjust and dark reality. It is worthy of a righteous mission and the glory that will bring. The heroes of Faerun accomplished a task fit for gods, but they had the backing of the people and an environment they knew. Almost all answered the call. What would they do in a place such as this. When the world itself is the trap of a devil. When the people are too broken to try and assist. 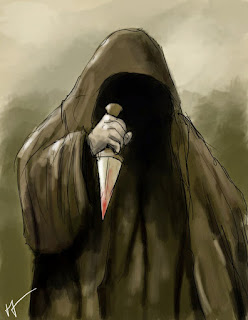 We stopped to help a young girl. She was surrounded by cultists and being prepared for a sacrifice. The cultists were pathetic. They were sent by a woman in Vallaki to make this sacrifice to Strahd. To appease his need for blood. So the girl, Ursula, and a captured cultist explained. I do not kill captives, but I made sure to break his leg before I left him. I told him perhaps the devil will pity him as he hobbles and crawls toward the castle.

We came upon a windmill that housed the hag who sells moon pies. Vrice couldn’t stand leaving it. He advocated for storming it. Driessa, Ava, and Ireena disagreed. I was born to die and it didn’t take much convincing, but Vrice listens to almost no reason. Again he invoked my conscience. He knows nothing of me. I agreed because I thought it was just, not because he backed me into a corner. In Faerun he would have seen the dragon and not the knight. Bahamut teaches that we must seek out others who work for good to further our missions. I am left with accepting an ally and companion in this. Ireena spoke logic that we can’t fight every battle but must focus on the larger evil. I now know she was right, though I don’t think I would go back and change my decision.

The hag turned out to be three. They easily beat us. Vrice seemed to want to leave as he saw this, but Driessa tried to talk us out. Sensing it was going south, Vrice attacked. I tried to protect him and turn the devils as he fell. He shouted for us to run, but it was Driessa calling out to me that caused my retreat. He was gone and I have two companions and two wards to protect. He fell with bravery and with his convictions. I will give him that. I watched his entrails pulled from him as we retreated. He deserved better. 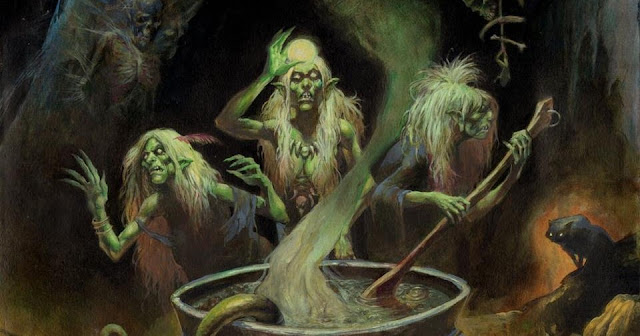 Ireena said nothing and I had to carry Ava as she was distraught. We cannot make that mistake again. Vrice was perhaps a good man, better than most I’ve seen, but that mindset is dangerous. Dangerous to your allies as much as your enemies. Men who look for monsters wherever they go, find them in all they see. If Ava and Driessa take this attitude then we will die before we face our quarry. Even if we live and beat our foe, I wonder how that view will blossom in their souls. Who will be their next enemy? Who will they turn on? Will they, like everyone else, see the red dragon as a liability? Another monster to slay after the others. How long until they turn on me, their protector and champion? Perhaps it doesn’t matter. I swore my oaths and I’ll forge the path I think we need. I will guide them to our foe and attempt, like Bahamut, to show them justice and righteousness. I am, after all, a dragon. My heart was forged with awe and fear. We are the strongest of mortal creatures and it is my sworn duty to protect. Even if I must protect them from themselves. 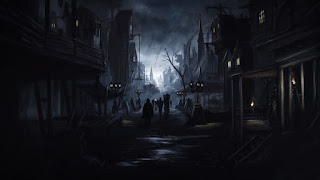 Little book, there is a struggle in each of us to do what is right by our party and what is just simply right. Whether by oath, morality, or bond, we all feel a great pull to protect each other and ourselves here so that we may hopefully escape. There is also a desire to aid others as they are trapped in this hell too. The problem is that all of them need aid. Everyone here is a victim to Strahd or to a hand of the evil he perpetuates. How do we rest at night knowing that the next day we will be faced with a choice to save ourselves while watching others suffer? We don’t. How do we rest at night knowing that we saved multiple people from at least one horror of this place, yet lost one of our own? We don’t. Little book I almost gave in to the evil today. I felt a vengeance and loathing for a robed and self proclaimed “wizard”. I allowed this small bit of evil to enter my thoughts and alter my words. My punishment: fair enough. At the day’s end I find myself mourning the life of another friend and ally.

-Journals by Sean and Raven
Curse of Strahd In Character