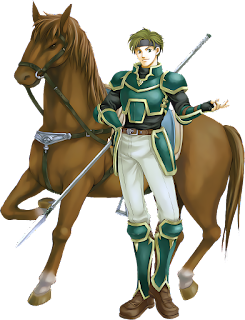 The road wound on and on, and with each step the weight on Weiland’s shoulders seemed to increase. Thinking back to the events of the past couple of weeks, he could not believe all that had passed. The siege had been brutal. Had it not been for the Half Orc Grim, an elf monk named Komi, and Naal the half elf wizard defending the gate, his city would have certainly fallen. Many lives had been lost; none so devastating as the priestess Eole. Everyone had loved the priestess for her heroism, but none more than Weiland’s own commander, Xavier Frostclaw.

The third son of a minor noble, Weiland Smallbrook sought mentorship in the Outriders (The cavalry and scouts of the Jappur guard). Having always been a gifted rider, he felt he could be more useful there than in a house where his father didn’t even acknowledge him. Abandoned to the army, Weiland followed his captain with a fervor, executing every order to help the city grow and thrive. After the siege, Xavier, the dojo-master Shao, and Mayor Ashnar followed the retreating forces in what seemed to be a revenge mission. Abandoned once more by someone he looked up to, Weiland decided to do something about it, and followed the group. Rumors from outlying lands talked about the “Brotherhood of the Sword” that had come through reaving havoc on goblins all over the countryside. Determined to convince them to come back to Jappur, Weiland struck out on his own, tracking them as best he could. The countryside wound onward, fog settling in, the trees taking unfamiliar shapes, and a sense of heavy dread filling the air.