Curse of Strahd Part Two: Beneath the Ruins of Firestone Keep

Driessa, Caecillius, and Anghar follow the tracks of the Kobolds until they come upon the ruins of Firestone Keep. The tower has collapsed, but the labyrinthine crypt is intact. The party explores the crypt and faces many dangers. The find a trapper hired by Albrecht horribly mangled by falling stones. Caecillius detects an undead presence, which the party avoids. They battle the Kobold clan in the depths, and eventually defeat their ruler Rhorluk, and rescue the boy Willet Blackmoor who was captured to be used as a sacrifice to some foul deity. Anghar falls in battle, moments before Driessa can reach him. Outside of the keep, they confront Zoreene Blackmoor, and deduce that she was involved in the kidnapping of the boy; citing her brother’s ruinous spending habits as her motive. She intended to kill them both and inherit the property. She is defeated by Driessa and Caecillius, and her men do not retalliate. The party returns to the keep where the remaining Guards and Master Landolier swears fealty anew to the new Lord of the Blackmoor: young Willet. Caecillius buries Anghar alone on a hill overlooking the keep. Willet plants a tree there the following day, to remind him of his duties as a lord, and to honor Anghar’s sacrifice.

[Curse of Strahd Index]
[Previous] [Next][Module: Beneath The Ruins of Firestone Keep] 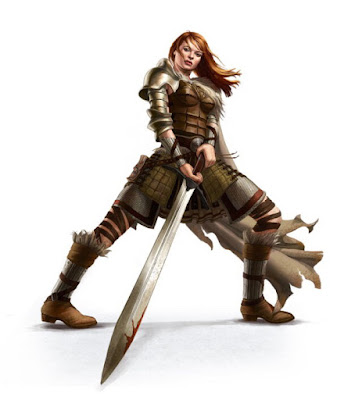 Caecilius' journal
I walk back to Goldenleaf with a heavy heart. Perhaps a confused heart is better. After traveling for months with, Anghar, we took a job to investigate a kid napping. We found the boy, found treason of his aunt, cleared kobolds, and restored the boy to lordship. I tasted battle and victory for the first time in years. It was glorious and the fire in my heart burned hot for the first time. Though I am left grief stricken. Anghar, whom I swore to protect and aid perished. I buried him with shovel and my hands. I sprinkled gold over his body and clasp his hands around his mighty hammer. As is the way Bahamut would have been pleased. I didn’t like him in the least, but he was the first friend I’ve had in many years. I didn’t stray from my oath, but I failed him nonetheless.

The strange girl who accompanied us saved me. She is much the opposite of me. Filled with light and joy. I find her annoying in a way similar to Anghar. Scratch that in a way I find all people. She saved my life by healing my wounds. I now owe her a debt I must repay. Also, if I’m honest, I enjoy not being alone with my own bitterness. Though I will never tell them that. Just an opportunity for them to see weakness. In weakness people who understand nothing of oaths will betray you and themselves. Best to not give them the opportunity.


The Personal and Private Accounts of Driessa Nomnialla
Today, little book of thoughts, I learned an important lesson about Humanity. I’ve always assumed that familial blood was the most important bond a Being could have. I now understand that the lust for power, money, or title will most assuredly gain precedence in one’s Soul. How heavy that Soul must be. Though I did not cast the spell that killed him, Anghar’s death will add a weight to my own heart. I encouraged him to join my quest, I was not fast enough to stabilize him, and I will hold myself accountable for a Light that was dimmed forever.

Curse of Strahd In Character Journal