Not sure how to explain where I am. Whisked away to a cursed land. My companions and I took on a quest to defeat a cursed lord, but were brought to this place that he controls absolutely. This place is akin to had tiamat come back. Yet that would be just destruction, nearly all dead and those left giving tribute to her. This place is like a cat ruling a land of mice. Toying with them for its own pleasure over lifetimes. No sun shines and souls are finite and rare. This place is a prison built by the devil.

I have no fear facing the devil. I have no fear of dying in this place. If I’m honest, this place is what I was meant to do. What I have been denied my entire life. I’m not sure if it is a prayer answered or a curse. I do worry about my companions and the people of this land. It is a place of oppression, darkness, and fear. It is a place of the ultimate stakes. That’s when people get dangerous. They wear the weight of it everywhere. It permeates their person and their soul. That’s when they start believing that nothing matters. That’s when they just want release. They get afraid and they get angry. They stop knowing friend from foe, deny their allies. They counterfeit goodness to serve the dark deeds they feel. I’ve seen it before and I know it well. 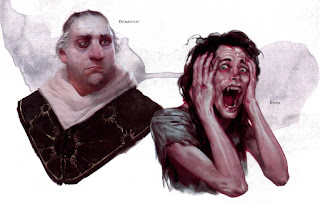 This place is not Faerun. The people here are defeated. My companions have confused me. We battle through a manor against an entire horde of enemies. Ava casts spells and jumped down a staircase to save Driessa at her own risk. Vrice cut down over half the enemies himself and backed up to protect our charges. Driessa lit herself with divine light and burned herself and took on a Wight by herself. They impressed me with their prowess and their courage. I thought I could rest easier knowing they were fighting with me. Yet, after they managed to pick a fight with merchants for little reason. These people are broken and angry and doubtful they are worth fighting.

As we went to bury the dead and speak to a priest they jumped right into killing his cursed son. I don’t disagree with the decision, but they wasted no time. They convinced him it was best and looked to me and asked to do it without the honesty of or intentions. I too was harsh with Ireena. I tried to comfort her and give her advice. She answered by telling me I knew little of suffering and would lose. That there was no hope. I told her she didn’t know me and we walked in silence. She is bereft and I should have recognized. Driessa seems worried she is trapped like her past, Ava looks around expecting more pain and suffering. Vrice seems ready to destroy any chance that will cause him to lose anymore than he already has.

We don’t have the luxury of choosing different companions and we won’t get anywhere alienating every potential ally. Vrice said we need more information on Strahd and I agree, though we aren’t off to a good start. We know nothing of the fortunes we were given, we know little of the geography, we haven’t made any allies. The priest revealed that the wizard called many to his aid and innocents suffered. We will have to ask them to do this again and the only way is to prove worth through action. Perhaps that starts with me. Perhaps they need to know I stand with them. Perhaps they need to see that I will not give in to evil.

As I said this place is a prison. What this vampire lord didn’t plan for is that I have been in prison. I’ve steeled my mind against these feelings. This time I can at least fight and kill the warden. I do not know what my allies will do. Whether they will continue to rise to the occasion of battle with divine purpose or if they will succumb to the darkness that lingers in all people’s souls. I will show them that I will not. I will show them the meaning of an oath. The pain that comes with keeping them. I will show this place the strength of Dragons. I may be the only true paladin of Faerun. I am Caecilius of clan Ras, and I’ve kept my oaths. I, alone, am the unbroken. 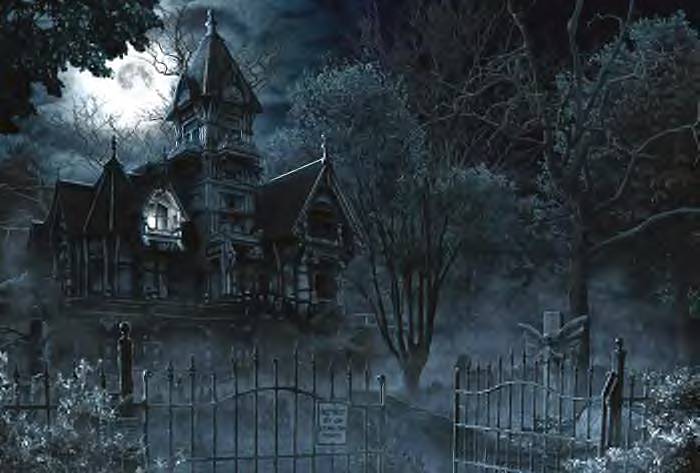 Vrice Kilcannon’s Journal
This new world bears down on me, makes me more weary than marching a hundred miles through the limitless Anauroch Desert. Each day I am here I feel a part of me fading away. My companions seem undaunted by it, especially Ava who seems to be soaring in her new found power. I will admit that without her I think I would have been dead already but she seems oblivious to the dangers around us. She is wise beyond her years but seems like a child now that she has a voice and power. Did that elf curse her and us? She seemed so benign but sometimes the greatest evils hide behind the fairest guises. I must be vigilant and watchful and I must keep my eyes open for dark agents that seem to be at the edge of my vision.

Last night we defended the Burgomeister’s house against an assault of undead and wolves and the next day we slew a vampire spawn. The battles were long and my companions fought like lions. Each one of them throwing themselves into danger that should have killed them but by Kelemvor’s grace each survived. I think the only way we will survive this nightmare is to stay true to each other. I will do what I can to keep us together but I am no leader. We must stay focused and find a way to put this vampire down. Each day we delay is one more day that our lives are in danger. If we get back and I find out that the Elf and the Tielfing are the cause of this I will hunt them down and display their heads on my pike to all.
Curse of Strahd In Character