Curse of Strahd Part Three: The bird and the ranger 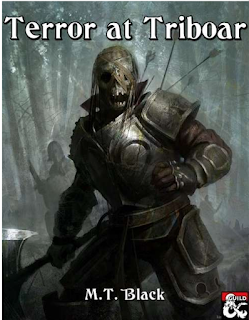 Driessa and Caecillius meet Vrice and Ava at the Horny Toad tavern in Goldenleaf. Though their hearts are heavy with the loss of Anghar, they find fast companionship with these strangers. The group picks up another contract from Baeshar, and heads to Triboar to deal with some strange happenings. On the way, they discover that children have been going missing, and a strange fog has rolled in. They track werewolves through the fog, though the tracks eventually disappear into thin air. The party meets a family from Frickley who claim a giant has been demanding food from the village. They decide to finish their business in Triboar first, and investigate the strange sightings. They discover that the unrest has been caused by the very idol of the town: St. Oswin. He has been cursed, it seems, to roam the countryside as a ghast. They defeat the beast.

Curse of Strahd Index
[Previous] [Module: The Terror of Triboar]Editor's Note: starting next episode notes will be much more thorough!

(Jeff’s new character, replacing Anghar)
The long months traveling with Ava have been surprisingly therapeutic. She listens intently and only seems to respond when she thinks I need it. I know her heart yearns to speak but she rarely conveys it and only silently accepts her fate. She is surprised it seems that I do not see her as some monster but rather as a companion and a friend. She never speaks of her magic or where it came from and I am no wizard but I suspect it comes from a dark place but as long as she stays true I think she will be fine. I will always be there for her as she has been for me. 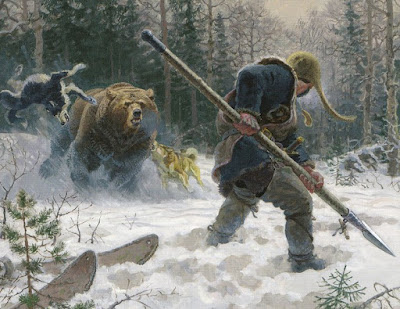 I still seek to put my father to rest and all my investigations have led me to Goldenleaf a seemingly thriving town in the wake of the Dragon Queen’s devastation. People here seem hopeful and decent for the most part but I have learned many times that in thriving communities such as this there are always predators lurking in the shadows waiting and watching. These predators better be aware because it will be my gleaming pike staring back at them if I find them. After walking into the Horny Toad Inn the usual quiet blankets the room as Ava enters and I look back at her protectively and with concern but this time the reaction is tempered and I see a slight glimmer in her dark eyes and she cocks her head to the left...could that be her way of smiling? I then recall that a Tiefling of some power founded this town and the lack of surprise at Ava makes more sense now. I smile back at her and approach the bar and I see a Dragonborn and an Aasimar...what a pair. One is pleasant and one is abrasive but I am respectful and find that the Dragonborn is a follower of Bahamut named Caecillius. I am intrigued and barrage him with questions which he seems eager to answer. The other is named Driessa and she tells of work in the town and agrees to show us who to talk in the morning.

The next day we are all on the road after deciding to work together. A Human, a Dragonborn, an Aasimar and a Kenku...what a sight we must make on our way to Tri-Boar to help investigate some missing persons. Along the way we encounter ne’er do well mercenaries trying to take advantage of the misfortunes of the common folk….this I cannot abide and I send them on their way with a warning. A strange mist seems to blanket the land in this area and we encounter Satyrs, rumors of Hill Giant harassing a town and a bereaving family who have lost a child to the mist. I track the child and what we suspect are werewolf tracks and they mysteriously end...I have never seen anything like this. I suspect great supernatural powers at work here but I keep that to myself. We escort the parents back to Tri-Boar and put them up in the Inn. There we find more odd mysteries at our feet and uncover a powerful undead Ghast terrorizing the town. We destroy the creature and some skeleton minions and I again am forced to think this whole area might be cursed somehow. I smell the taint of evil laid upon this land and I vow to remove it or die trying. 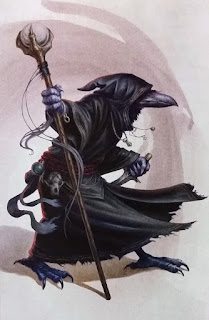 The Personal and Private Accounts of Driessa Nomnialla
Little book, I am weary and my heart is full. In the last day I have heard many tales of missing children, wives, giants, beasts, and undead. I feel a calling to provide aid to each person I meet but I feel that there is something bigger happening here. Are all of these things connected or is the world this horrendous?

I am still mourning the loss of Anghar but am pleased to have two new friends to keep my mind light.

Caecilius’ journal
What a strange world I’ve come back into. I expected people to walk with heads high after the calamity. Instead it is a beaten down place. Filled with cowards and mercenaries instead of heroes. Our current quest took us to a town to the east. Investigating the disappearance of livestock. On the way and potentially unrelated there are children being taken by werewolves. The most vile thing to take children. The officials in this town refuse to be much help to their people, who are under attack from werewolves, undead, and hill
Giants. What a bunch of cunts.

Met two new companions(?) to accompany us. A large man (nearly my height) and a pitiable thing. Some tiny half raven half human. Her name is Ava. Can’t tell if it is a people or a curse. She can’t speak, but can mimic. I don’t know what the fuck she is. Some magic user. The way people look at her with disgust and confusion, I decided not to press my questions. It is a reaction I know well. It isn’t her fault she doesn’t have the strength to destroy those who would insult her. The man is named Vrice. He hates paladins who are also oath breakers and makes polite conversation. He also healed me in battle so there is another debt I owe. He is...inoffensive but that doesn’t mean I like him. All men are flawed and weak willed I think. Driessa is still strange to me. She bristles at harsh language but enacts justice quickly. She needs my protection though as she is new to the world.

We’ve killed the undead and I was able to smite him with the power of Bahamut. My companions performed adequately enough I suppose. We shall see what is next.