Hoard of the Dragon Queen: Behind The Screen Episode II 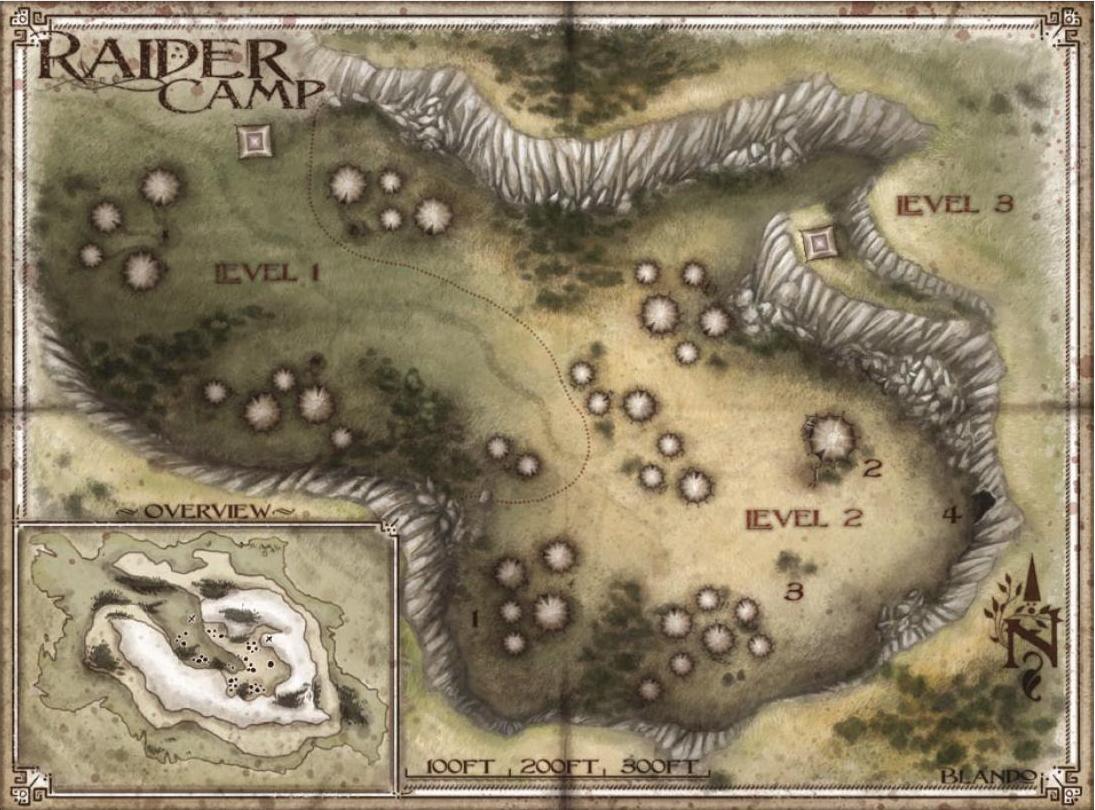 The events of Episode I took place over two sessions. As I previously outlined, I mostly ran it as-is from the book, but shortened many of the unnecessary "Kobolds & Cultists" fights, and cut some missions for time. Episode II sees the heroes tracking the cultists to their camp and rescuing Leosin Erlanthar. The episode works okay, but you need to really read between the lines to make sure the right info comes across. Merric's Musings has an excellent article on the goals and key points that need to be hit.

I went so far as to generate about 25 personalities for the characters to encounter including cultists and mercenaries. I settled on 3 disparate factions of mercs working with them. I don't know a ton of the Sword Coast lore so in "Castle Macanon" I just made up some merc groups who had different agendas, MOs, and preferences. They were thinly held together, lacked any espirit de corps, and would desert the cult at the drop of a hat. I really wanted to get across the fact that this cult has money and influence, but is anything but a cohesive unit. That was specifically so the players would feel like they could sneak around with impunity- something I wanted drilled in their head for this episode and the many following where pretending to be a part of the cult is essential.

Interacting with the cultists was fun. RPing so many NPCs was neat, and thinking of additional motivations, beliefs, etc on the fly was also fun. 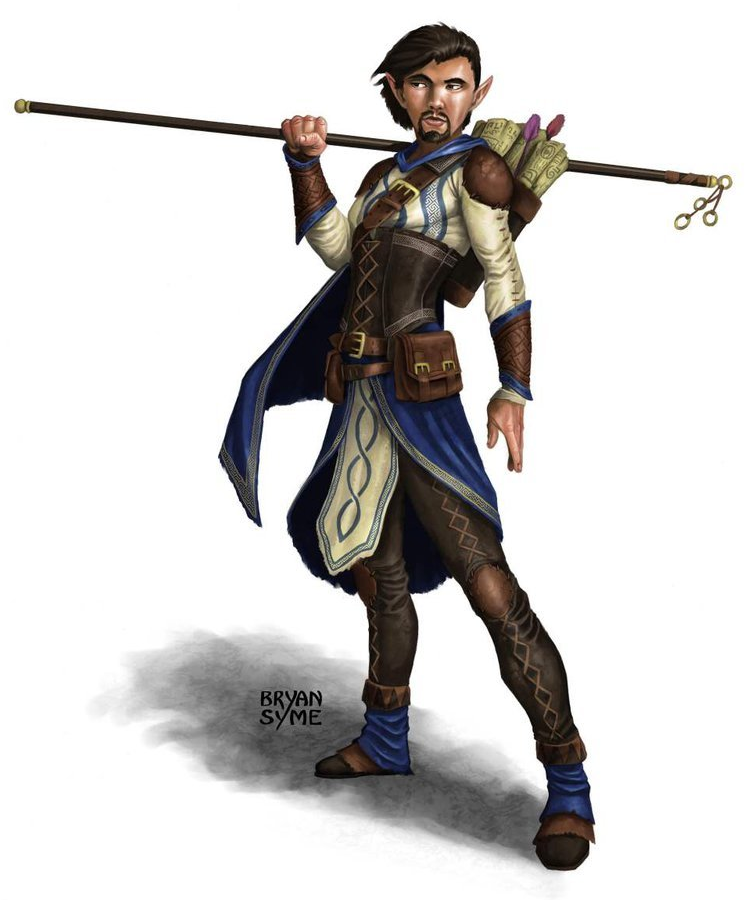 More After the Cut!

Introducing Rezmir, further identifying Frulam Mondath, and introducing the hatchery are all essential. Seeing Cyanwrath is also important as he's the first "boss" the players have a chance to defeat in episode 3.

At the end of the session, the PCs were found out due to some poor dice, and they beat a hasty retreat. Before that, though, they noticed the wagons were being loaded up and the cultists looked like they would clear out shortly. I absolutely did not want them to go all the way back to Greenest, just to turn around and come all the way back for episode 3. Instead, they retreated a ways away, Leosin told them he'd relay the info to Greenest, and then asked them to meet in Elturel after they investigated the hatchery.

Finally, I'll leave you with some of the descriptions I read (I either used them from the book, borrowed them from somewhere online, or wrote them myself ...I am no Thoreau!) to help imagine the world with my players:

As the Players leave Greenest:

The Sun is bright and warm, while the fall air is crisp and cool. But for the lingering smell of burnt thatch, the early afternoon is pleasant. A light breeze dances through the trees, carrying some golden brown leaves to gently rest in the grass below. Most of the town is present to see you all depart. They are quiet and respectful their hopes obviously go with you.

The raiders’ path is easy to follow across the rolling grassland of the Greenfields. A wide swath of grass is trampled down, but it’s impossible to determine the raiders’ numbers precisely. (That is, until our ranger rolled a natural 20 on his survival check...)

The trail leads south for about twelve miles to a more rugged region where steep-sided, rocky plateaus replace the gently rolling hills. The land between plateaus is largely flat, broken only by outcroppings, wandering streams, and steep-sided gullies. The plateaus jut 50-100 feet above their surroundings and are difficult to climb except where rocks and subsidence created natural ramps. The crumbling sides of the plateaus are dotted with caves and tumbled boulder fields. As the Players Approach the Camp:
Multiple campfires rise in the distance. The sun begins to sink into the horizon as the sky turns from crystal blue to salmon. What at first appears to be two nearby plateaus, reveals itself to be one large, roughly horseshoe shaped jutting plateau, with the clear signs of a large camp nestled inside the hollow.

The entrance-side of the horseshoe shaped plateau rises gently from the surrounding land, but quickly steepens and ascends to a height of 150 feet above the landscape. Boulders form jumbled heaps at the bases of the cliffs. The level shelves and top of the plateau are covered in long grass, and brush and scrubby trees grow in patches.

As before, caves are clearly visible in both the inner and outer walls of the plateau, many of them partially obscured by scrub brush. In places, the scrub grows to 6 feet tall.

Clearly visible rising above the camp are two guard towers: One at the entrance of the “horseshoe” and one far further back from site, on what appears to be a shelf halfway up the inner plateau walls. The towers are 20 feet high, and wide enough to accommodate a few watchful guards.

From what you can see, the camp appears disorganized and chaotic. Morale seems high and security lax. If you wanted, you could probably just walk into the camp and nobody would bother you. If you did that there's a risk someone might remember you from the fighting in Greenest. You could also wait till nightfall and try to enter the camp then, but if you're spotted that will be even harder to explain.

There are groups of people and Kobolds everywhere. The groups are not mingling. The cultists are mostly out of uniform now, making this look more like a casual social gathering. Towards the entrance of the camp are smaller tents and mud huts. The ground is littered with detritus, and Kobolds are seen lounging around. Further in, the camps are more clearly delineated- you notice banners over some of the larger tends: a soldier stylized with a red shield. A black sun. A quartered “M” in blue and green.

Finally, when the players released Leosin, I completely ignored the text in the book saying he didn't want to be rescued. That's a bunch of BS- dude was tied up, probably about to be executed! "Got 'em right where I want 'em!"

“I fell in with the cultists, and was not noticed for some time. Rezmir, however, picked me out of the crowd on return to the camp. She… she somehow knew who I was and that I was researching their activities… I don’t know how. I knew Greenest would be the target, but I did not yet know how large the group was.”
Behind the Screen Hoard of the Dragon Queen Tyranny of Dragons